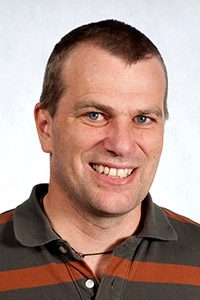 Professor Ivo Mueller is a malaria epidemiologist, jointly appointed as Co-Division Head of the Population Health and Immunity Division at The Walter and Eliza Hall Institute in Melbourne and Head of the Malaria Parasites and Hosts laboratory in the Department of Parasites and Insect Vectors at The Institut Pasteur in Paris.

His research centres on field-based studies of host-vector-parasite interactions, burden and transmission of different Plasmodium species, the treatment and prevention of malaria as well as in-depth studies of natural acquisition of immunity, host genetic modification of malaria risk and the effect of parasite diversity on the host response to malarial infections. A special focus of his work is on the biology, treatment, control and elimination of P. vivax malaria.

Within ACREME, Ivo will lead projects based around understanding the biology of P. vivax relapses, parasites and host surveillance (in particular sero-surveillance approaches for P. vivax), in-depth epidemiological assessments and the development of mathematical models of P. vivax transmission.