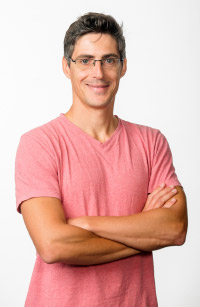 Dr Ricardo Ataide has had an interest in infectious diseases since starting his Uni degree in Portugal. He has worked on projects and research groups investigating HIV and STDs in Africa before Malaria became the focus of his work. His experience with Malaria covers the whole of the parasite’s life cycle. He worked in Prof Maria Mota’s lab where he learned a lot about mosquito biology (specifically Anopheles spp) and set-up her insectary. Ricardo then successfully applied to the GABBA Doctoral Program and was awarded a competitive 4-year fully funded Ph.D. scholarship, which he took to Australia to work with Prof. Stephen Rogerson at the University of Melbourne looking at the impact of HIV in antibody immunity to Malaria in Pregnancy. He then worked for 6 months in Edinburgh with Prof Alex Rowe and in Brazil for two years at the University of Sao Paulo where he had the opportunity to lead a project looking at malaria in pregnancy in the Brazilian Amazon region. Ricardo then moved back to Australia to work with Dr. Freya Fowkes and conducted epidemiology-based projects, which included complex analyses of thousands of generated data points. His current interests are the pathological processes of placental infections (with a focus on Malaria) and the use of GeoSpatial mapping tools to address disease elimination.

Ricardo is a keen believer in team-work and collaborations and a strong advocate for equality and equity.