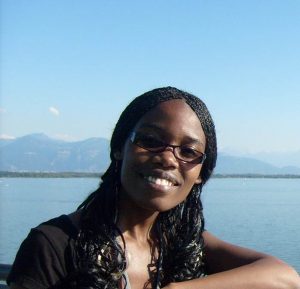 Sandra Chishimba is a PhD student at the University of Melbourne based at the Burnet Institute under Professor James Beeson’s supervision and Professor Stephen Rogerson from the Peter Doherty Institute. Her project focuses on Monocytes and Neutrophils and their role in acquired immunity against malaria. Sandra started working on malaria over a decade ago in Zambia on a Johns Hopkins University funded project which got her nominated by Nobel Laureate Professor Peter Agre to attend the Lindau Nobel Laureate meeting in Germany, where she appeared alongside Nobel Laureate Ada Yonath and Bill Gates discussing Global Health. She earned her Master’s in Infection and Immunity at Erasmus Medical center, in Netherlands. She has worked on Controlled Human Malaria Infections in Netherlands and most recently parasite transmission trends and genetics after Mass Drug Administration with PATH-MACEPA.